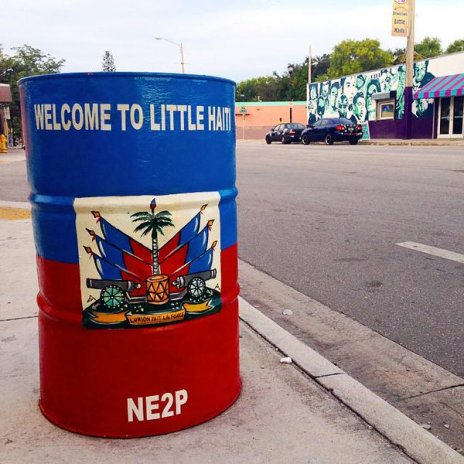 The Haitian community in Miami has won a great victory on Thursday, May 26, 2016. Under the leadership of Chairman Keon Hardemon, the City of Miami Commission voted unanimously to designate Little Haiti as an official Miami neighborhood and to establish its legal boundaries on the Miami-Dade map.

The Haitian crowd inside the city hall this Thursday jumped for joy and cheered when the commissioners made the historic decision. Hundreds of them went early Thursday morning to Miami City Hall (3500 Pan American Dr) to make their voices heard. There was not enough space inside the city hall to contain all of them. 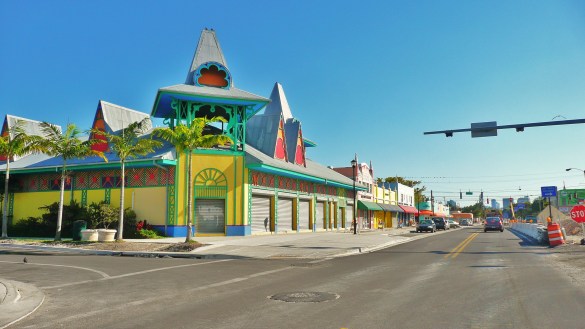 “I don’t think Miami City has seen so many Haitians in one day because this matter is very important to them”, said Marleine Bastien from the community organization FANM (Fanm Ayisyen Nan Miami). Outside the city hall, those who could not get in were waiting anxiously for the decision of the commissioners. “We must save Little Haiti; we can’t let it disappear”, said a Haitian woman waving frantically her blue and red Haitian flag.

“After 16 years, Little Haiti has been officially recognized, this is a historical moment for our community!”, said Fanm Ayisyen nan Miami after the official recognition announcement. “Wi nou kapab” (Yes we can), were chanting a group of jubilant Haitians outside the city hall to celebrate this victory.

Many Haitian community leaders such as Gepsie Mettelus (Sant La) and Marleine Bastien (FANM) showed the importance of preserving the historic Haitian neighborhood. Mrs Mettelus emphasized on the diversity of a multicultural city such as Miami and how Haitian immigrants bring their tropical exuberance to it.

On her side, Marleine Bastien urged the commissioners and the Miami-Dade Mayor, Tomás Regalado, not to believe the developers who pretend there is no Haitian Americans in Little Haiti. “Yesterday, in less than 3 hours, one of our volunteers collected more than one hundred signatures from Haitian-Americans owning their houses and living in Little Haiti”. She added: “Haitians contributed to make America what is it today; the Haitian revolution contributed to double the size of America by forcing French Emperor Napoleon to sell Louisiana to the US. Some of our forefathers fought and died for the independence of America”.

“As gentrification moves forward, it’s pushing Haitians away. We are already kicked out of the 36th street, which is now Design District, we ask now to set new boundaries for Little Haiti, from 54th street all the way to 86th”,  asked radio host, Dr. Flore Lindor Latortue.

This victory brings a huge relief to the famous Haitian neighborhood in Miami. Since many years, Little Haiti is being threatened by wealthy developers who are trying to push Haitians out of the area using their influence and their money. Marleine Bastien from Fanm Ayisyen nan Miami always condemned  the gentrification of Little Haiti while fighting, alongside with other community leaders, for the preservation of the Haitian-American identity of this area, which legal boundaries are now set between 54th Street and 79th Street, and Northwest Sixth Avenue and Northeast Second Avenue.

Little Haiti is safe for now. It’s up to the Haitian community to work and make it better. As Miami Commissioner, Keon Hardemon, said to Miami Herald’s Jacquelines Charles: “Issue talked out, time to pay homage and make the area a tourist destination”.