Many people lost their jobs during the pandemic and DJ Rahsaan “Fly Guy” Alexander was no exception. As South Beach clubs closed and the entertainment industry practically grinded to a halt, the professional deejay had no choice but to stay home. Yet, he refused to stay idle. He grabbed a camera and began snapping pictures. He relentlessly chased images of a time fraught with confinement, joblessness, and protests, but also of love and change. “CAPTURE: A Portrait of the Pandemic” exhibits 60 photographs at the HistoryMiami Museum opening on Friday, Aug. 5.

The pandemic photography was a catharsis for Alexander, he says, and a way of lifting his spirits during a difficult time and showing future generations how life can go on in the face of tragedy. 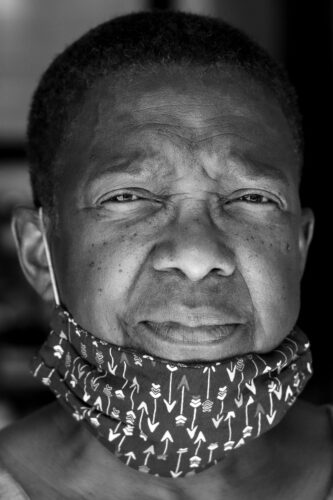 “Mom Dukes,” a photograph of the artist’s mother, is one of more than 60 works on display in “CAPTURE: A Portrait of the Pandemic.” (Photo courtesy of Rahsaan Alexander)

“I think that is something that should be immortalized, and people should be able to look back at it for the years to come,” says Alexander, who has become one of the city’s most sought after DJs in the past 15 years.

“As you can imagine, when the industry shut down in the city and the world, I didn’t have a job to go back to for four months. And during that time, there was a lot of racial injustice happening with the murder of George Floyd, a lot of protests and riots,” he recalls.

While idly at home watching television and being inundated with images of tragedy, he felt the need to step out of his comfort zone, go out into the streets, and capture history.

He also felt there was a lack of coverage of the events happening in Miami.

“I would see things occurring in Minneapolis, Dallas, Atlanta, D.C… but I didn’t really see much coverage or focus on Miami. I felt like I needed to photograph those images,” says the Guyanese-born artist.

“CAPTURE: A Portrait of the Pandemic” is an exhibition that Alexander says gives a visual representation of the events that occurred in the city of Miami since the onset of the coronavirus pandemic. He says the display is anchored by three of his favorite photographs, “Racism is a Pandemic,” “Listen to Her,” and a photo of his mother, “Mom Dukes,” taken during quarantine. 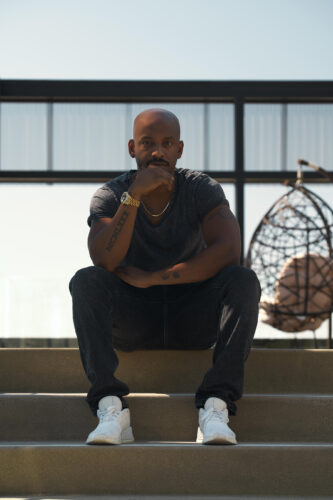 Rahsaan “Fly Guy” Alexander took to the streets to photograph the life-altering year of 2020. (Photo courtesy of Anthony Anderson)

Alexander’s passion for photography started when he was young, he says, and he describes himself as an artist who tried different things before turning his attention to the turntables.

“I had photography classes in fourth grade and it was something that I wanted to pursue. But when I went to university, I got sidetracked, and I never really had the opportunity to be in photography,” he regrets.

Fast forward decades later and he became one of the more high-profile deejays in Miami, being photographed, and recorded on video for so many years in the clubs.

“When the shutdown happened, I heard that voice inside telling me to take my camera again. It was like an instant reconnection, and I felt like a 17-year-old kid in high school again,” where he says he was doing a lot of photography while a senior at Miami Killian Senior High School.

“I didn’t realize how much I missed having the camera in my hand,” he admits. 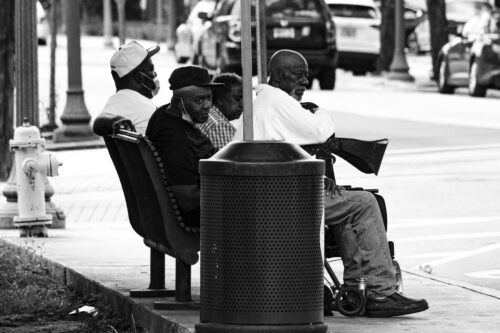 During the anti-racist protests, the photographer took images throughout Miami at the risk of catching COVID, he says, taking pictures while in a crowd of protesters. He confesses that he was anxious about getting the disease, but it was something that he was willing to risk.

“Thousands of people felt the need to go out and express themselves and be a part of the voice. And here I was out there.”

Also included in the exhibit are images of homelessness, something the artist says he nearly experienced himself. “In 2020 I was threatened with eviction two times. I did not have an income and I couldn’t pay my rent, so I had to enroll in a rental assistance program, otherwise, I could have been on the streets.”

Although day-t0-day life has mostly returned to normal, Alexander does not want people to forget that the world and Miami have been forever changed.

His pandemic experience led to the publication of a book of his photographs entitled “Miami with Love” and the documentary “Pivot: a 2020 Story,” an introspective look at how he rekindled his passion for photography during the exhibition. 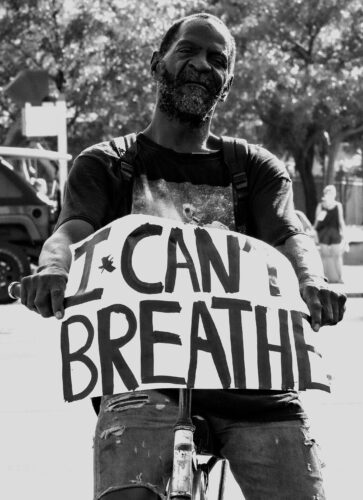 A homeless man sends a message to police in Alexander’s “He Can’t Breathe.” (Photo courtesy of Rahsaan Alexander)

“CAPTURE: A Portrait of the Pandemic” is Alexander’s third exhibit and the first to be shown on a large scale at HistoryMiami Center for Photography. The exhibit will open to the public with a VIP event on the evening of Thursday, Aug. 4 and to the public on Friday, Aug. 5.

“He came to us a year ago with his book and we immediately recognized that he not only documented the upheaval and change Miami has experienced since 2020, but he also lived it,” says Barfield, adding that Alexander’s work is telling Miami’s stories, which is at the core of the museum’s mission. “Capture is a personal story, it’s Miami’s story.”

Barfield hopes that museum visitors recognize that much of what Alexander photographed is still ongoing. He cites the ever presence of racial injustice and economic disparity and the continuing public health concern of COVID-19. “These issues today are all a part of what makes Miami, Miami,” he concludes.

As for Alexander, he’s back in the deejay booth but isn’t putting down his camera.

“Photography’s an extension of my artistic career. I’m an artist whose artistry comes out in different mediums. I did rap music before I started deejaying. I wrote stories before I started rapping. Being an artist is the foundation of it all,” he says.