Normally, x-rays are used to treat splintered bones, but Nick Veasey has been using them for his art for years. Through this unusual art-making tool, the British artist shows the inside of everyday objects like cars, shoes, packaging, guitars, planes, bikes, suitcases, etc. Also, he x-rays celebrities like Michael Jackson, Elvis Presley, Marylin Monroe, etc.

“X-rays allow the internal structure of a subject to be explored. I think this marvelous scientific invention has artistic value as to me it is a statement against society’s obsession with superficial appearance,” explains Nick Veasey in an interview with Artburst Miami.

“We all are obsessed with what we look like, what we wear, how thin we are, where we live, how cool we are – when all that really matters is love and that comes from within. Beauty is more than skin deep”, continues the well-known photographer born in London, England, in 1962.

Known as X-Ray Man, Veasey works with electromagnetic radiation as his medium for expression. He begins his process by taking individual pictures of props and subjects within his x-ray studio. In turn, he digitally uploads and layers his physical x-rays, uncovering deeper narratives that lie dormant within ordinary objects.

It is estimated that Veasey has already x-rayed over 4,000 objects, including flowers, steel elevator cogs, alarm clocks, tractors, and body parts.

The process of making x-ray art is not without danger. Creating beautiful pieces of art comes with a risk since working with x-rays is hazardous. To ensure safety, the radiation is contained within a concrete chamber. This is where much of the x-ray work is produced. 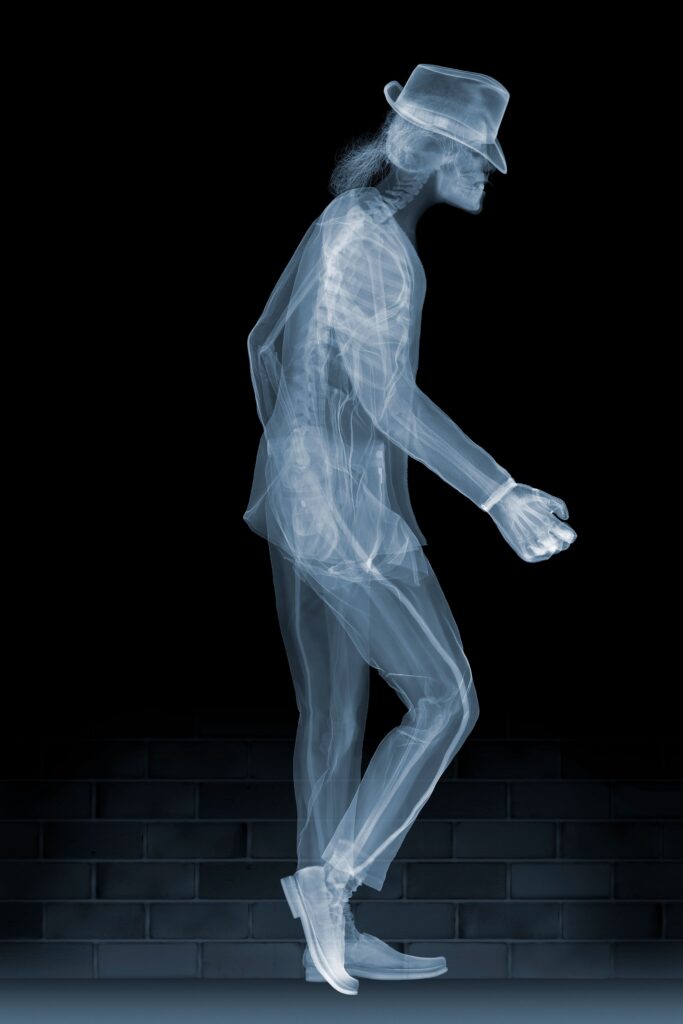 Veasey uses industrial x-ray machines. Unlike a typical medical x-ray, Veasey uses techniques that require much more time to expose the subject to radiation. In order to get crisp enough images, he bombards some objects with radiation for up to ten minutes. Since this is considered unsafe for living creatures, Veasey uses skeletons in rubber suits or dead bodies to capture the human form.

Making large scale x-rays, Veasey confesses, is a very complicated, time consuming and expensive process. “So, we discuss at some length what to x-ray. We like irony and subtle humour so try to have some of that in the work. We also like beauty and technically excellent x-rays.”

With his mantra of “inside we are all the same,” the artist reveals the interiors of all sorts of objects or iconic figures.

Nick’s art of x-ray photography is currently on display at Eden Roc and Nobu Hotel Miami Beach. His artwork shares a glimpse into Eden Roc’s history of hosting Hollywood legends with lenticulars of Elvis Presley, Marilyn Monroe and more.

The series of still digital x-ray images of various items and iconic personalities celebrates the personality of Miami and the guests that enjoy their time at the Eden Roc and Nobu Hotels Miami Beach, indicates Martin Smith, General Manager of Nobu Eden Roc.

“The lenticulars picturing famous Hollywood stars, he continues, bring the icons to life within the hallways of the hotel and can also provide an educational opportunity for the hotel to share their history alongside the artwork.”

A lenticular format, explains Martin Smith, is a ribbed lens that refracts light from different angles. When sequential images are split behind the lenticular lens the image looks like it moves or animates. “It is amusing that this motion brings our x-ray of cadavers to life.” 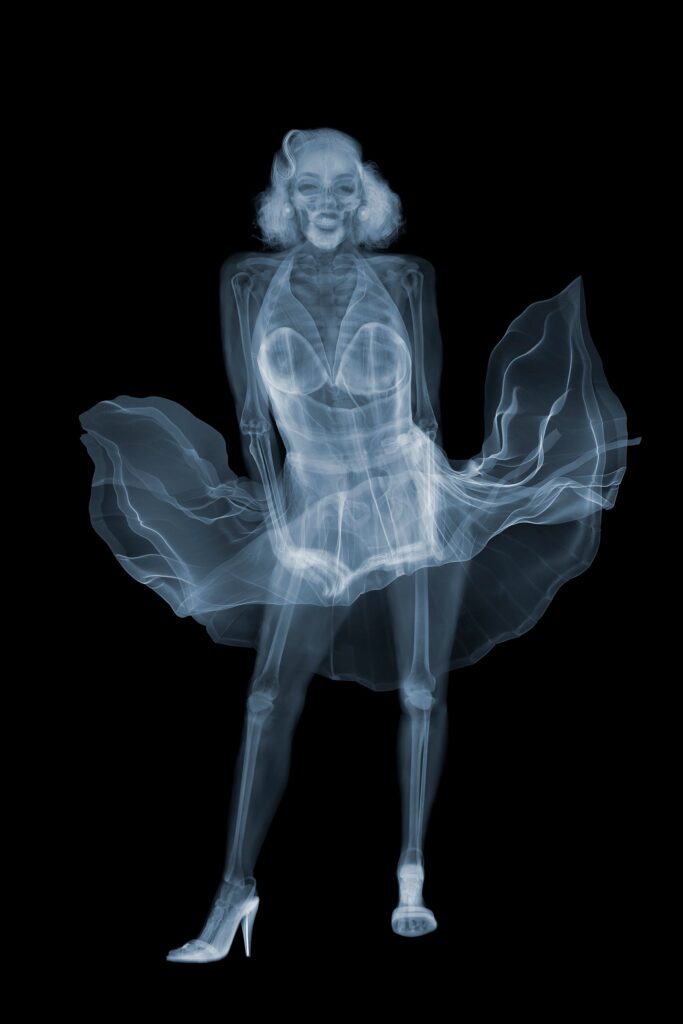 Part of the hotel’s permanent collection, the new exhibit was unveiled last June at Eden Roc Miami Beach in partnership with Art Angels Gallery, an art gallery founded in 2013 with a contemporary and provocative style that has attracted collectors from around the world. While Art Angels is based in Los Angeles, the Eden Roc and Nobu Hotels in Miami Beach are home to permanent art curations by the group.

Hollywood legends have stayed at Eden Roc for years. It was the stage for many popular singers of that time, such as Harry Belafonte, Frank Sinatra, The Rat Pack and Nat King Cole, who performed his song “Mona Lisa” in one of the hotel’s ballrooms, which is now called the Mona Lisa Ballroom.

One thought on “The Art Of X-Ray Photography”