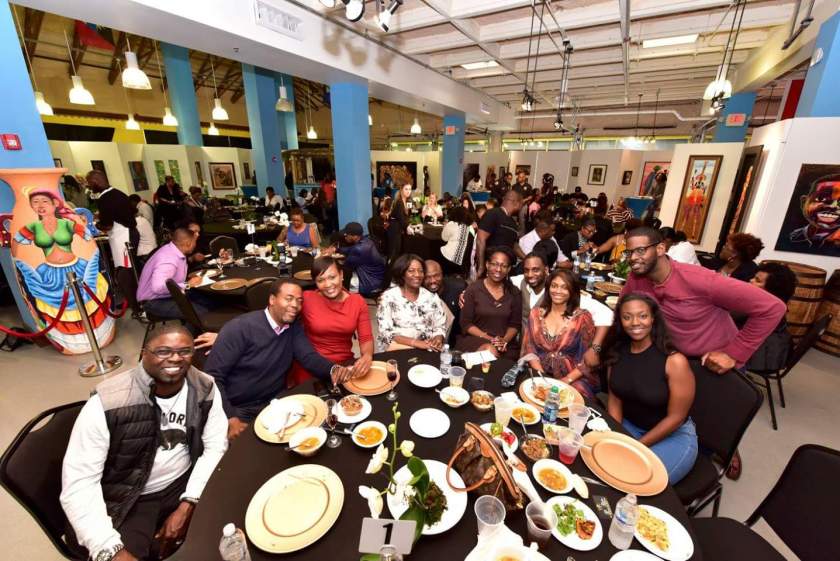 Art Beat Miami, the Art Basel’s satellite fair showcasing Haitian and Caribbean art and culture, celebrates its 5th year anniversary this week. From Dec. 5 to 9, it will be five days of experiencing art, cuisine, music and dancing from Haiti, the Caribbean and the African Diaspora, according to Joann Milord, one of the organizers of the event.

Art Basel is upon us. As we write these lines, preparations are well underway for the 2018 edition of Art Basel in Miami. Since 2002, the fair attracts a whole host of tourists and celebrities to Florida. In the beginning of December, more than 800 000 people, according the latest estimates, come to Miami for the art exhibits, the clement weather, and the countless parties that evolve around the Art Basel event.

What is Art Basel?

Art Basel is one of the most renowned art fairs in the world. It started 48 years ago in Switzerland, in a city named Basel, hence its name. In 1970, the first fair attracted more than 16,000 visitors, 90 galleries and 30 publishers from 10 countries. If the original art fair started almost fifty years ago in Europe, the American edition is much younger. It was launched 16 years ago on the sands of Miami Beach. The first Floridian edition featured 160 galleries from 23 countries and attracted 30,000 visitors. 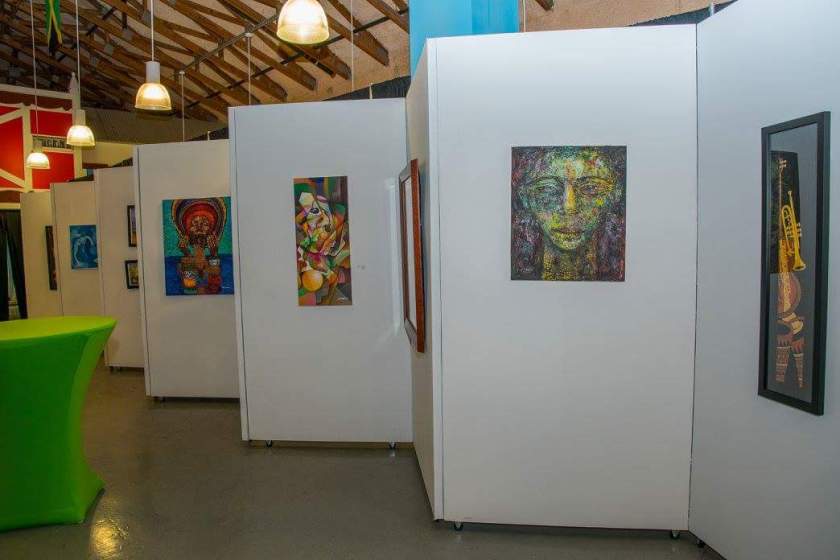 Since Art Basel Miami Beach launched in 2002, a growing number of satellite fairs are spreading like wildfire across the city—from South Beach to Wynwood and new neighborhoods such as Little Haiti. As their name indicates it, these fairs rotate around the major event as they feature renowned artists or young galleries and emerging artists. One of these satellites is the Haitian and Caribbean fair, Art Beat Miami, presented by Little Haiti Optimist Foundation and Northeast Second Avenue Partnership (NE2P). It allows art lovers to discover local or international artists that they would not see at Miami Beach Convention Center, particularly those from Haiti, the Caribbean and the African Diaspora, according to Joann Milord, art producer and initiator of the fair.

“First, Art Beat Miami is an art exhibit presenting over 30 different artists. We focus on Haiti, the Caribbean and the African Diaspora”, Milord stated. “Little Haiti is now going through gentrification, she continues. Galleries are moving from Wynwood to Little Haiti, but they’re not Haitian or Caribbean in nature. We don’t want to lose the essence of what Little Haiti is. Now that Little Haiti became trendy, we don’t want the Haitian culture to fall by the wayside. We want to be able to showcase the Haitian culture, the Caribbean and African Diaspora in the heart of Little Haiti; that’s why we created Art Beat Miami”. 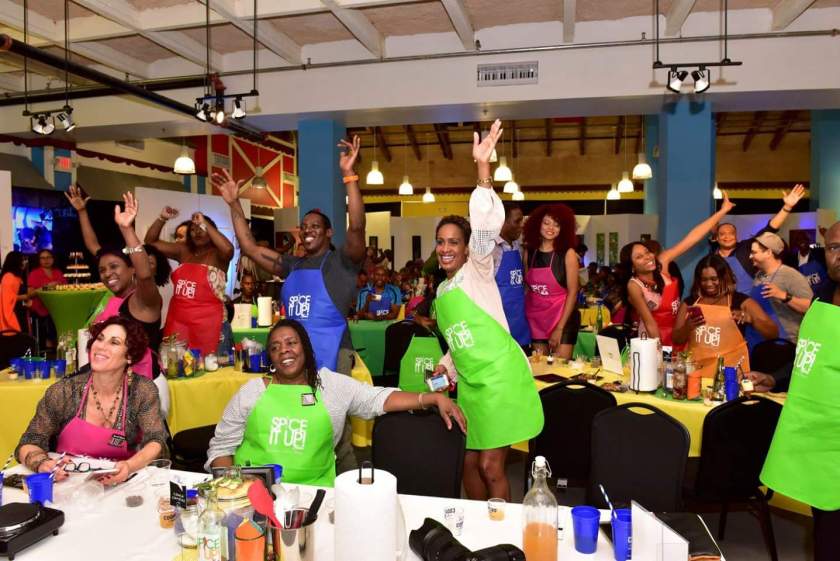 Art Beat Miami is also a 5-day event that begins on December 5th and goes through December 9th. This 2018 edition of the event is special because it marks the 5th year anniversary of the Haitian Art Basel. Over 35 artists will be displaying their works in the galleries. It will be a series of events such as “Conversation with the Artist & Celebrities (Dec 6), “Spice it Up Miami” (Dec 7), which is an interactive food event, “Chefs of the Caribbean, Art Basel Edition, Celebrity Brunch” (Dec. 8), and “Poetic Lakay (Dec. 8)”.

Haiti in the spotlight

The Haitian art and culture will be on full display during Art Beat Miami. It will be showcased through a mix of art, music, cuisine and dance. Haitian musicians such as Renette Désir, BIC, JPerry, Phylissia Ross will perform, Haitian artists coming from Haiti will present their art, Haitian American and Caribbean chefs such as Chef Creole, Nadege Fleurimond, Chef Jouvens, Yvette Lacrette will show off their culinary skills.

“In Art Beat Miami, explains Joann Milord, we want to be able to show everything, every aspect of the Haitian culture, not just art. That’s why we have also musical performances, food events, dance, and poetry”. She continues: “It’s important to us to show this overall cultural experience. We have a lot of tourists coming from different countries. It’s a good opportunity to introduce the Haitian culture to these people who otherwise wouldn’t experience it”.

For the past 3 years, Art Beat Miami has partnered with the Ministry of Culture in Haiti to get some Haitian artists to take part in the event in Miami. This year, 6 artists are coming to represent Haiti. Some Haitian musicians will take part to Art Beat Miami as well. Two Haitian artists are working on a mural in Little Haiti. “So far, it’s been a great partnership with the Haitian government that want to use this platform, not only show Haiti as a fishpond of great artists, but also to promote Haiti and its culture in the Diaspora”, indicates Joann Milord, Executive Director of Northeast Second Avenue Partnership also known as NE2P.

The Haitian Konpa Fest of Art

One of the wishes of Joann Milord is that Art Beat Miami becomes the Haitian Konpa Fest of Art. The same way Haitians flood to Miami in May for the Konpa Fest, she dreams one day they would do the same in the beginning of December when comes the time of Art Basel. For now, this is a wish, they are not there yet; however, they have some good feedback not only from the community but also from the mainstream media. “Every year the attendees grow, I feel like we get more exposure. We have featured in the New York Times, last year we had a story in the Wall Street Journal”, indicates Milord. For now, Art Beat Miami’s goal is more local, it’s about promoting the neighborhood of Little Haiti, to get tourists to explore the area, to go to Libreri Mapou, Caribbean Market Place, Little Haiti Cultural Center, to Haitian restaurants, museums, to spend money in the Haitian businesses, so the community may benefit financially from Art Basel. 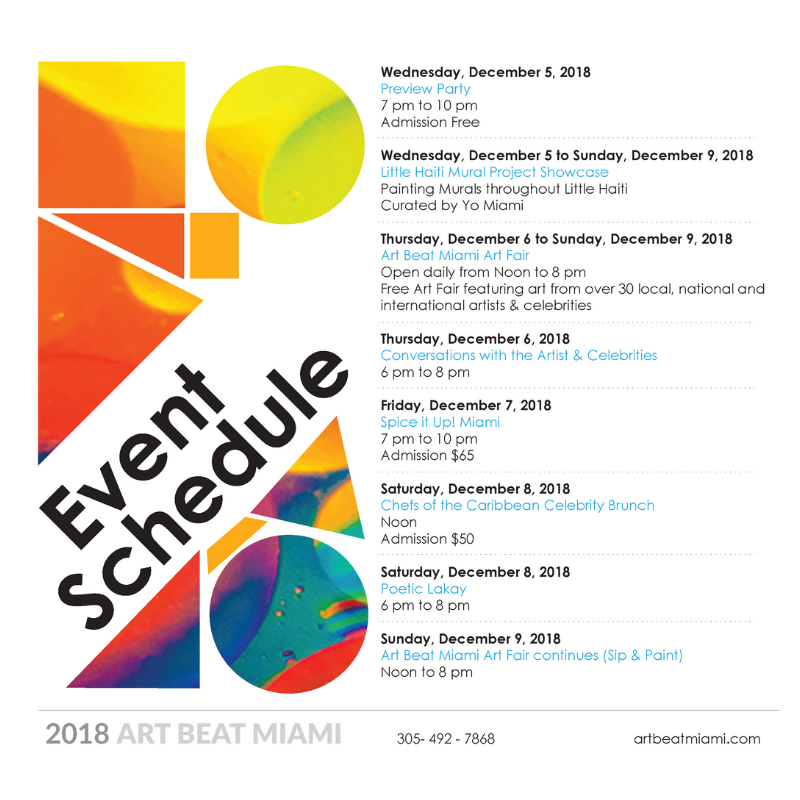